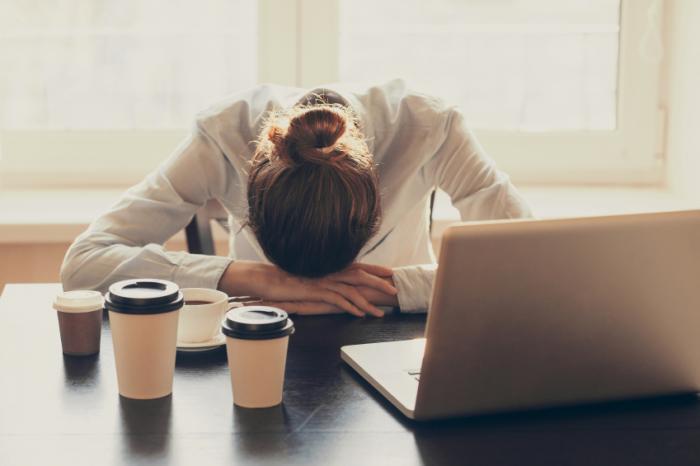 They may be a household irritant incessantly circling the fruit bowl – but scientists think the humble fruit fly may hold the key to treating sleep deprivation. When the 0.15-inch insects were denied sleep, a molecule called reactive oxidative species (ROS) began to build-up in their guts, and they all died after 20 days – half their normal adult lives. To find out if the molecule was having an effect, some sleep-deprived flies were given an antioxidant to clear it away. These individuals lived their full 40-days without a single wink of sleep.

The stunning research could offer a hint on how to treat the lack of sleep in humans, which can lead to memory problems, heart disease, obesity, and even death. ‘We believe we’ve identified a central issue that, when eliminated, allows for survival without sleep, at least in fruit flies,’ said study author Dragana Rogulja, assistant professor of neurobiology at Harvard medical school.

In the study, published today in the journal Cell, scientists first had to identify what impact sleep deprivation was having on the flies. To keep them whirring 24-hours-a-day the flies were genetically engineered to produce a heat-sensitive protein that suppresses sleep, and then housed at above 29C (84F) to ensure they remained constantly active.After ten days, many of the flies died, and all had died by 20 days, while those that had been allowed to sleep as normal lived for their full lifespans.

The scientists analyzed the flies’ bodies to see what tissues showed responses to long waking hours. Although the 0.04-inch brains and other tissues were indistinguishable between sleep-deprived and non-sleep-deprived flies, the scientists revealed gut tissues differed significantly due to an ROS build up.’When we did the first experiment, you could immediately tell under the microscope that there was a striking difference (in the gut),’ said scientist Alexandra Vaccaro, also from Harvard.

‘We found that sleep-deprived flies were dying at the same pace, every time, and when we looked at markers of cell damage and death, the one tissue that really stood out was the gut.” To find out if ROS was causing a damaging impact and death, scientists set up a second experiment where sleep-deprived flies were given antioxidants as food supplements in order to clear their guts of the suspicious molecule. They were given 11 supplements which included melatonin, found in many fruits, lipoic acid, which is in vegetables such as broccoli, and NAD, found in mushrooms. The effects were revolutionary. The sleep-deprived flies went on to live normal lives, while the control group did not have their life spans extended.

To further test the effects of antioxidants, a separate group of flies was gene-edited to overproduce an antioxidant enzyme in their guts that would break down ROS. When these and a control group were sleep-deprived, scientists found that they lived normal lives while sleep-deprived flies quickly died. ‘Surprisingly, we found that premature death could be prevented,’ said Rogulja. ‘Each morning, we would all gather around to look at the flies, with disbelief to be honest. What we saw is that every time we could neutralise ROS in the gut, we could rescue the flies.’

It is unclear why ROS triggered changes in fruit flies, but its concentrations do appear to creep up in other animals when they are sleep deprived. Tests on mice also showed they had elevated levels of ROS in their small and large intestine after losing several hours of sleep. Fruit flies were considered comparable to humans because they have many similar genes.  Sleep’s role in the lifecycle has long baffled scientists – although it is undertaken by almost every known animal. Previous research on sleep deprivation has been focused on the brain without conclusive results, but these results suggest scientists may have been looking in the wrong place. The team is now working to identify the biological processes that lead ROS to build up in the gut, and what damaging effects it may have on the body.