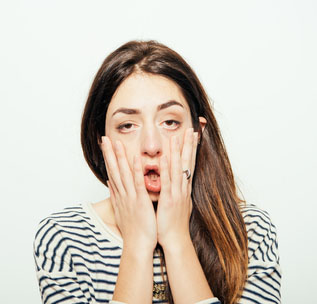 What Is Problem Sleepiness?

Everyone feels sleepy at times. However, when sleepiness interferes with daily routines and activities, or reduces the ability to function, it is called “problem sleepiness.” A person can be sleepy without realizing it. For example, a person may not feel sleepy during activities such as talking and listening to music at a party, but the same person can fall asleep while driving home afterward.

You may have problem sleepiness if you:

Sleepiness can be due to the body’s natural daily sleep-wake cycles, inadequate sleep, sleep disorders, or certain drugs.

Each day there are two periods when the body experiences a natural tendency toward sleepiness: during the late night hours (generally between midnight and 7 am) and again during the midafternoon (generally between 1 pm and 4 pm). If people are awake during these times, they have a higher risk of falling asleep unintentionally, especially if they haven’t been getting enough sleep.

The amount of sleep needed each night varies among people. Each person needs a particular amount of sleep in order to be fully alert throughout the day. Research has shown that when healthy adults are allowed to sleep unrestricted, the average time slept is 8 to 8.5 hours. Some people need more than that to avoid problem sleepiness; others need less. If a person does not get enough sleep, even on one night, a “sleep debt” begins to build and increases until enough sleep is obtained. Problem sleepiness occurs as the debt accumulates. Many people do not get enough sleep during the work week and then end up sleeping longer on the weekends or days off to reduce their sleep debt. If too much sleep has been lost, sleeping in on the weekend may not completely reverse the effects of not getting enough sleep during the week.

People with narcolepsy have excessive sleepiness during the day, even after sleeping enough at night. They may fall asleep at inappropriate times and places. Restless legs syndrome (RLS) causes a person to experience unpleasant sensations in the legs, often described as creeping, crawling, pulling, or painful. These sensations frequently occur in the evening, making it difficult for people with RLS to fall asleep, leading to problem sleepiness during the day. Insomnia is the perception of poor-quality sleep due to difficulty falling asleep, waking up during the night with difficulty returning to sleep, waking up too early in the morning, or un-refreshing sleep. Any of these sleep disorders can cause problem sleepiness.

Certain medical conditions and drugs, including prescription medications, can also disrupt sleep and cause problem sleepiness. Examples include:

Many high school and college students have signs of problem sleepiness, such as:

The need for sleep may be 9 hours or more per night as a person goes through adolescence. At the same time, many teens begin to show a preference for a later bedtime, which may be due to a biological change. Teens tend to stay up later but have to get up early for school, resulting in their getting much less sleep than they need.

Many factors contribute to problem sleepiness in teens and young adults, but the main causes are not getting enough sleep and irregular sleep schedules. Some of the factors that influence adolescent sleep include:

Teens and young adults who do not get enough sleep are at risk for problems such as:

About 20 million Americans (20 to 25 percent of workers) perform shift work. Most shift workers get less sleep over 24 hours than day workers. Sleep loss is greatest for night shift workers, those who work early morning shifts, and female shift workers with children at home. About 50 to 70 percent of shift workers have difficulty sleeping and/or problem sleepiness.

The human sleep-wake system is designed to prepare the body and mind for sleep at night and wakefulness during the day. These natural rhythms make it difficult to sleep during daylight hours and to stay awake during the night hours, even in people who are well rested. It is possible that the human body never completely adjusts to nighttime activity and daytime sleep, even in those who work permanent night shifts.

In addition to the sleep-wake system, environmental factors can influence sleepiness in shift workers. Because our society is strongly day-oriented, noise, light, telephones, family members, and other distractions often interrupt shift workers who try to sleep during the day. In contrast, the nighttime sleep of day workers is largely protected by social customs that keep noises and interruptions to a minimum.

Many people simply do not allow enough time for sleep on a regular basis. A first step may be to evaluate daily activities and sleep-wake patterns to determine how much sleep is obtained. If you are consistently getting less than 8 hours of sleep per night, more sleep may be needed. A good approach is to gradually move to an earlier bedtime. For example, if an extra hour of sleep is needed, try going to bed 15 minutes earlier each night for four nights and then keep the last bedtime. This method will increase the amount of time in bed without causing a student change in schedule. However, if work or family schedules do not permit the earlier bedtime, a 30- to 60-minute daily nap may help.

Medications may be prescribed for patients in certain situations. For example, the short-term use of sleeping pills has been shown to be helpful in patients diagnosed with acute insomnia. Long-term use of sleep medication is recommended only for the treatment of specific sleep disorders.

If you think you are getting enough sleep, but still feel sleepy during the day, check with your doctor to be sure your sleepiness if not due to a sleep disorder.